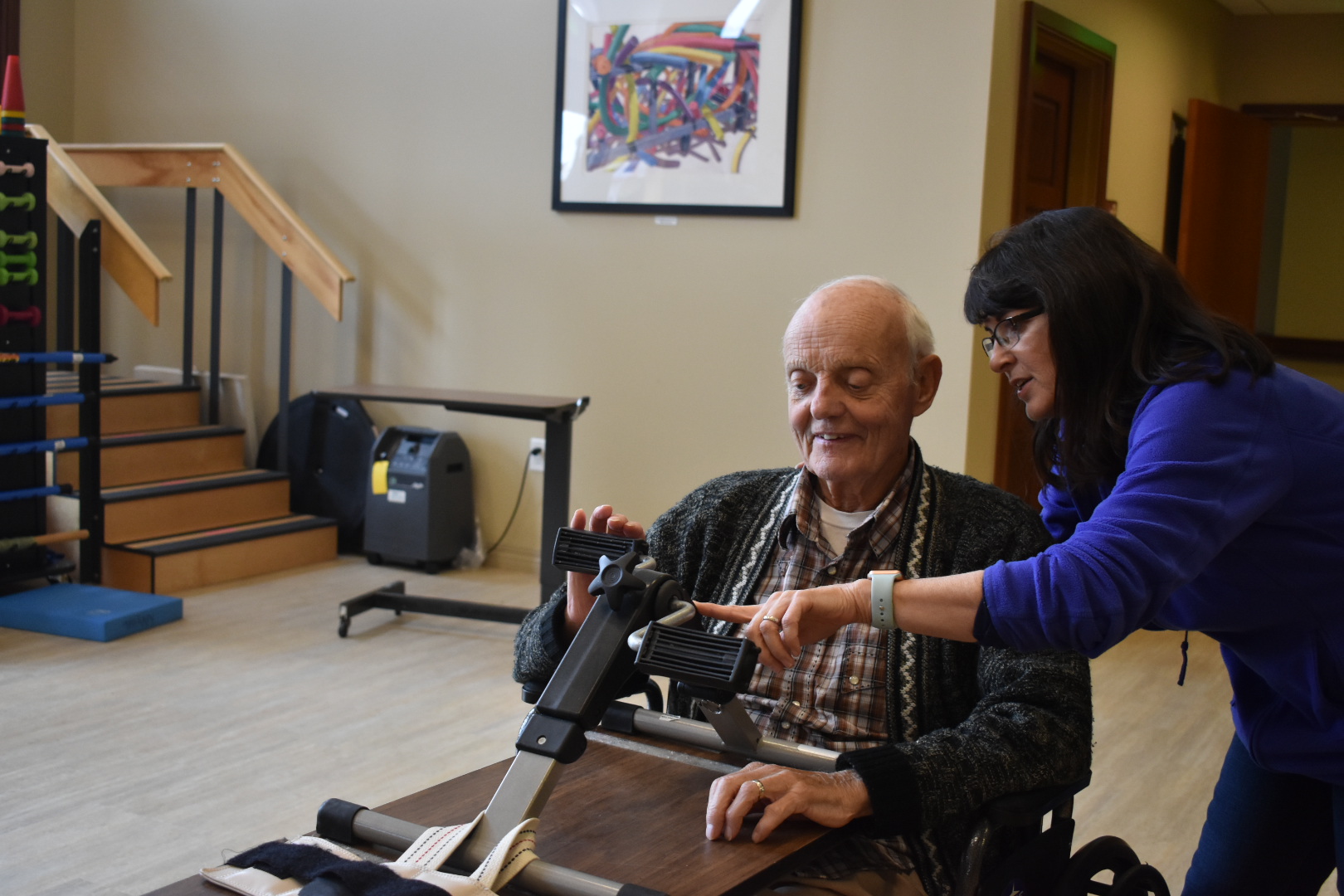 Our Rehabilitation Cottage serves adults who need short-term rehab before returning home. Our programs are designed to help seniors regain their health and activity level with physical therapy, occupational therapy, and speech therapy. At Resthaven, 80-85% of patients return home to live independently—that’s 10-25% above the national average!

Jack S. returned home after 20 days at the Rehabilitation Cottage. He said his stay was beyond his expectations. “I am very impressed by the service, truly above and beyond. The staff was always helpful,” he said.

Jack had been having intermittent back pain for some time. He had gone to his doctor three different times complaining about the pain and had gone through many medications, but found no answers. Then, the day came when he experienced a fall. One morning he woke with extreme pain. The pain was so bad that when he got out of bed, he had another fall in his home. He crawled to the phone and called 911.

At the hospital, he had an MRI which revealed a raging infection in his back. He went into surgery that day to scrape away the infection. Once he emerged, he was told he needed rehab and he chose Resthaven. He couldn’t walk when he arrived and was filled with a certain amount of anxiety. “How’s this going to go?” he wondered.

“I was treated with respect and dignity,” he stated. “The nurses were so friendly and they always had a smile on their face.” He sometimes felt bad about using the call light for tasks like going for a walk or using the facilities, but he was impressed with their quick response time and their cheerful mood no matter what he asked. Jack was also very happy with the meals and surprised with the variety of the meal selections.

Gradually, he got better. When he came to Resthaven, he could barely walk. Over the course of therapy, he could walk a lap around the Rehab Cottage with the support of staff and a walker. Then, he no longer needed the assistance of the walker but walked alongside a staff member for safety. Soon enough, he was walking what he called his “racetrack” on his own.

Today, Jack is back to work after two and a half months off. He works part time as an electrician, a profession that requires him to be on his feet for long periods of time. He recalled a recent job where he carried a ladder and climbed it to install a light fixture. “Two months ago, I could never have done this,” he said.