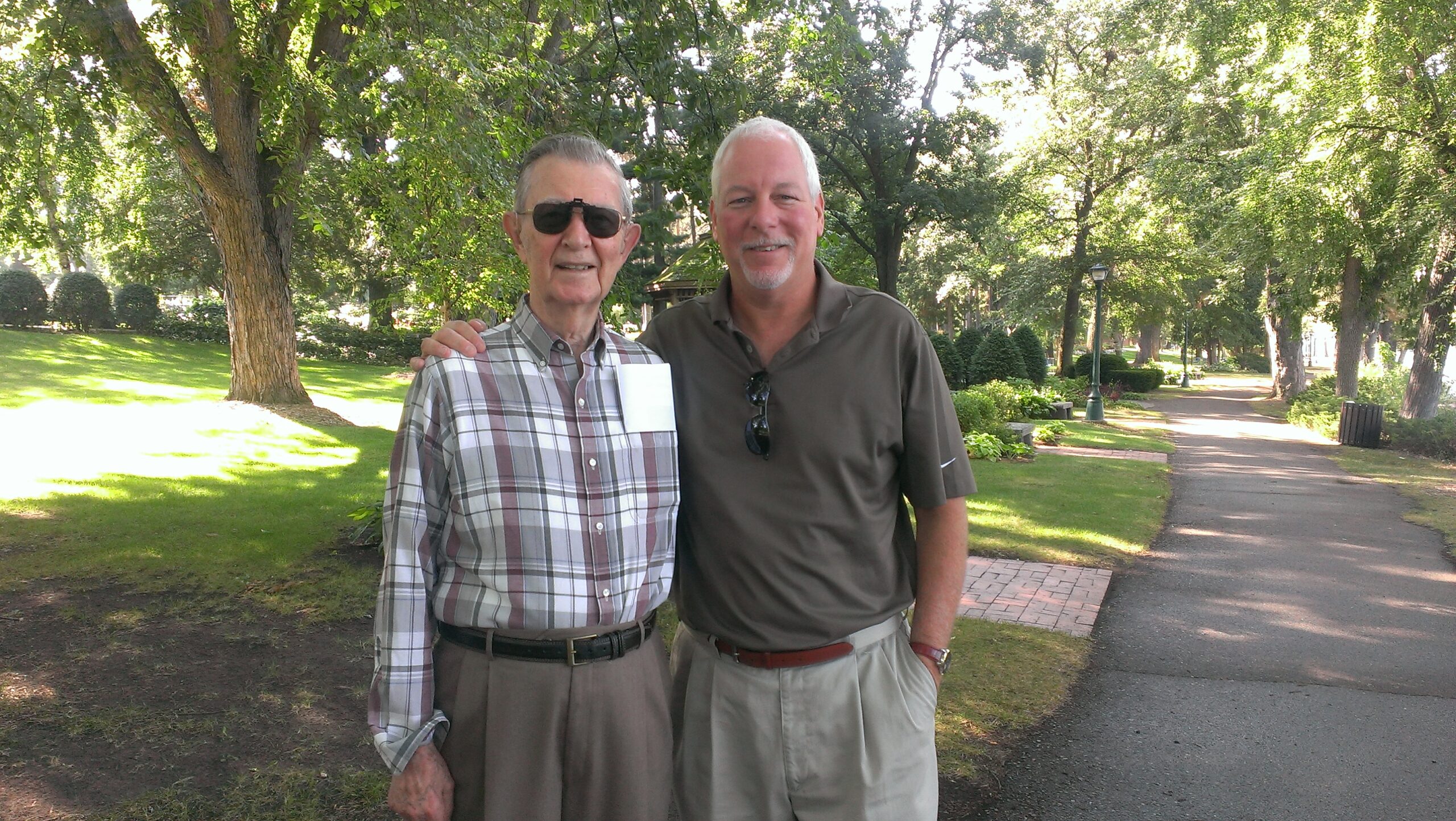 Dave TenClay says that “A path to a nursing home comes in many directions.” His dad, Ellsworth, was living independently when he had a fall that brought a move to assisted living. This environment was good for a while but then he had another fall. After this fall and a brief hospitalization, he went to the Resthaven Rehabilitation Cottage where Dave saw that his dad’s needs outgrew assisted living. Dave and his dad had researched Resthaven’s options and reached out to Eric Gies, the Director of Referral Management at Resthaven, to talk about these options.

Dave, who lives out of state, was in Michigan trying to set up the best possible care for his dad. It worked out that a room in Janssen Cottage became available during his visit. It also happened to be March 2020.

While Dave was here with his dad, the emergency order for COVID-19 began and Resthaven had to ask all family members to leave the building. Dave remembers Resthaven CEO Deedre Vriesman walking up to him and politely asking him to leave, while reassuring him that we would provide excellent care for his dad. He was thankful to the maintenance team for moving his dad’s things. Even though his dad moved in at a strange time, Dave is thankful that his dad can be at Resthaven. “There is a big understanding here of the importance of environment.” The cottages are designed with a large living space at the center and the rooms in a circle around the gathering space.

Ellsworth is a retired minister with a long history of visiting Holland senior living homes and was familiar with Resthaven. It was important to find a place where Ellsworth could continue to socialize, and this was a big factor in choosing Resthaven. Dave especially appreciates the attention to spiritual care and music.

Ellsworth has connected with the staff, especially with a particular SHAHBAZ, one of the universal workers of the Green House model. >

“He lights up she’s when helping him. She acts like his big sister and cuts through formality of providing care to bring laughter and that helps maintain his dignity,” Dave said.

Dave acknowledged it has been a challenge to move his dad in the exact same weekend that visitor restrictions began, and has come to visit at times only to be in Michigan during a two-week pause in patio visits. However, he knows his dad is in good hands and has appreciated Resthaven’s commitment to keeping his dad safe.